Get notified instantly whenever My Childhood, My Country: 20 Years in Afghanistan (2021) is showing in a UK cinema! 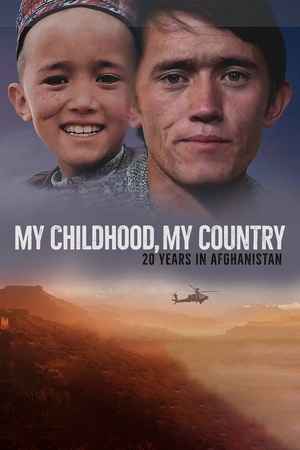 My Childhood, My Country: 20 Years in Afghanistan

In 2014, director Richard Linklater released Boyhood, a fictional coming-of-age saga that was filmed using the same cast across twelve years. This film mirrors that concept: creating a real-life epic of boyhood and manhood that follows the same individual over 20 years, living in one of the most dangerous countries in the world. When we first meet Mir, he is a mischievous boy of seven living in a cave in central Afghanistan alongside the Buddhas of Bamiyan, two statues that were recently destroyed. For two decades, the film follows the adventures of his life, until, as an adult with a family of his own, he decides to pursue his own career as a news cameraman in Kabul. More than just a personal journey, My Childhood, My Country is an powerful examination of what has – and has not – been achieved in Afghanistan over the past 20 years.